An Interview With Ekram Alam 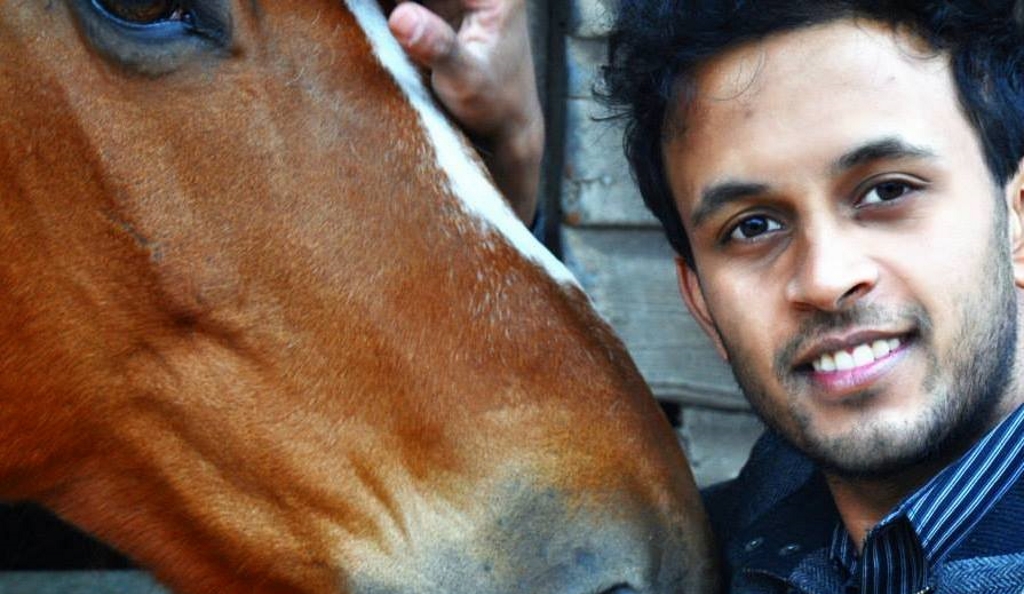 Ekram Alam is co-founder of Cocoon Creativity and co-developer of EVOLVE, a mobile VR and AR app on Kickstarter that aims to transport you back to the prehistoric age with the advice of Evolutionary Biology professors at University College London. We at VRS got the chance to ask Mr Alam about his aim to show people prehistory in a way not experienced before, and whether this approach is the future of education.

How would you describe EVOLVE? From what I have seen it is an interactive educational resource/life simulator/virtual pet/adventure through time

I would describe EVOLVE as a product with two key focuses – a game where you care for a prehistoric pet and a product where you learn about evolution/species. Thats the two key focuses. The vehicle for these two focuses to be accomplished is through AR care and world building and VR world exploration.

Where did the idea come from to make a game about dinosaurs and evolution and what inspired you to use a mix of VR and AR to achieve it?

The idea was borne from both myself and Jack’s [Jack Baber, the other co-founder of Cocoon Creativity] personal love of prehistory and evolution. We were inspired by other products which had an edutainment twist. We wanted to use both AR and VR to introduce audiences to this technology in a fun and accessible way – as well as feeling that representing extinct animals in such a way would be majestic.

You mention that you have evolutionary biologists involved with the project. What won them over about EVOLVE?

Myself and Jack are both alumni of University College London, the evolutionary biologists we spoke to were encouraging to help alumni but beyond that, they themselves were excited by the technology and had not seen their life’s work or subject of focus being represented in that way which made them intrigued and open to help. They were extremely helpful, spending hours and hours with us, taking us over their research slides and checking work we had done.

What are the proposed modes and are they going to be self-contained or integrated into each other?

The modes will be AR mode, VR mode, earth mode and cladogram mode – all integrated into each other. AR mode is care and world building, VR is immersion into that world, earth mode allows the earth to be studied from an aerial perspective giving a different view of what is happening to the planet at each stage of your journey, cladogram showing you the ancestral relationships between animals you unlock or evolve.

I am very intrigued by the motion control concept to interact and play games with the dinosaurs, what kinds of interactions are possible, both in VR and AR. Also how advanced is the AI you are proposing for your dinosaurs and will there be the chance for multiple dinosaurs to interact with each other?

We are in the process of developing the AI with a look to using virtual buttons and leap motion in order to have increased interactivity with the animal. Our intention is to be able to allow the user to feel a real sense of companionship with the pet they won and bond with it.

I am very interested by your cladogram proposals, does that mean there is a defined goal or end stage or will it continue forever?

There is no particular end goal per se, but the directions that your creature evolves in will be varied. Consider it like a tree, the lower trunk of the tree is the common ancestor and as you rise up the tree you can branch into any number of ways – none of the points are goals per se, nor is one branch end more of an accomplishment than the other, they are merely evolutionary directions you can go down. Of course, the more we can invest into the project both monetarily and timewise the more extensive the branching of the trees can be which is something we would want to do.

What is your main ambition for the project, once it gets its funding?

The ambition is three-fold: To give users a great experience, to push this technology towards ubiquity (as many of us in this industry are collaborating to do so) and to ignite fascination for these creatures through emotional bonds with these animals.

Are there any future plans for Cocoon once EVOLVE is complete?

Yes, EVOLVE has multiple plans in the framework. If the campaign is successful our focus will be on developing this science side of the three aforementioned ambitions. If our campaign isn’t successful, we will release other products in the EVOLVE family that focus on less the science and more giving users a great experience and pushing forward the technology – with a look to then relaunching the science based product again later. We understand that a primary driver for people using a product is entertainment and we want to ensure at all times they are entertained and enjoying the experience.

What do you think the future will be for virtual reality and education? Will we see more schools and subjects widely adopt VR in the classroom?

The future of VR and technology – optimistically I would want to see classrooms use this technology worldwide, with an end to classrooms all together and a complete change from the education system as we know it now. However, I feel that the education system will be slow to adopt this technology (either due to costs or not fully understanding the tech) and that consumers will adopt the technology first. VR has ubiquitous applications – cost is a current obstacle and desire to adopt the tech is another obstacle, but I feel both of these obstacles are being surmounted as is the case with all emerging technology. Mixed reality excites me. The tool is only as rich as the applications it provides – the more platforms there are for developers to create niche developments for audiences, and the more developers on board who are given incentives to develop, the more audiences will be receptive to using the technology and the more ubiquitous it will become. In a positive feedback loop, the more users that adopt the technology the faster the spread will become. Both myself and my co-founder feel dissatisfied with the current education system – as do many people, and VR is an exciting game changer. Children have brilliant minds, creative insights and powerful abilities to reason and deduct – is a room full of rowed desks, the same uniform and an outdated curriculum really the best way to stimulate their minds. Speaking of evolution – the human brain is arguably the most sophisticated by product of evolutionary biology in the known universe – and children and all humans possess this, so applying this brilliant piece of evolutionary machinery and kit to learning obsolete facts in a dampening manner is shocking when you realise how much potential there is for the mind to expand and learn. I feel VR can go some way to shifting this outmoded education system. I’ve rambled on a bit, but this is a very very deep and complex and nuanced issue and I can never give the answer justice.

Evolve is currently the subject of a Kickstarter campaign.
Disclaimer: The links to the EVOLVE kickstarter are part of the KickBooster referral programme, provided by the Developer. If you click the link and decide to pledge, VRS will receive 15% of the amount of that pledge.