Hands-on With The PS5 DualSense: Is This The Future of VR? 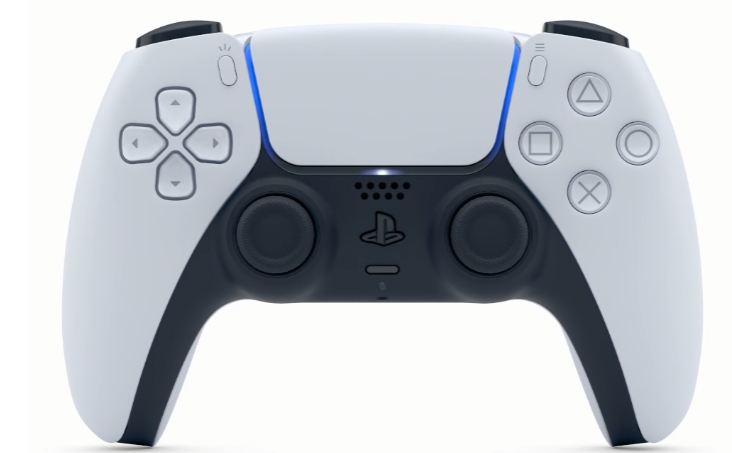 The Playstation 5 is finally out for everyone. Both the first release date and the “rest of the world” dates have passed. While it is still incredibly difficult to actually get your hands on a PS5, the public can experience the PS5 directly.

We’ve taken delivery of our own PS5 unit and have spent a few days trying out its various features. While most outlets are focused on the specifications of the PS5 and how it performs compared to its rival from Microsoft, I’m mainly interested in both its status as the new console VR system and the new haptic technology that’s been developed for it.

After spending some time with the DualSense, there are more than a few observations to think about.

A Recap of the PS5 Dualsense

Just in case you haven’t been following the development of the DualSense specifically, there are a few key features you should know about.

The biggest changes to the DualSense has to do with the way in which haptic feedback is provided to the player. We started seeing more interesting haptics with the Nintendo Switch.

When the Switch was first released, we saw impressive demos where the Switch Joy Cons could simulate the feeling of a marble rolling around inside the system and other pretty convincing haptic tricks.

Traditional rumble motors use an asymmetric weight design, where spinning the motor causes a wobble that translates as vibration. The Switch joy cons use a linear resonant actuator.

That’s also similar to what you’ll find inside an Oculus Touch controller. A linear actuator allows for more fine-grained rumble. It also has the advantage of allowing stronger rumble without having to increase the rumble frequency.

DualSense goes significantly further than this. While it also uses LRAs, they are far stronger than those in the Joy Cons. The LRAs are also joined by a novel resistant feedback system.

The triggers of the DualSense are equipped with a device that can make the trigger feel loose or tighten it down so you can’t depress it at all. This tension can also be varied across the arc of the trigger’s motion. So it might be loose for half of the travel and rock hard for the rest.

Apart from these two main haptic systems, there’s also a speaker, which can playback sound just as with the PS4 controller, but also contributes to the detail of high-frequency vibrations.

This is all very impressive on paper, but how does it actually stack up in real life? 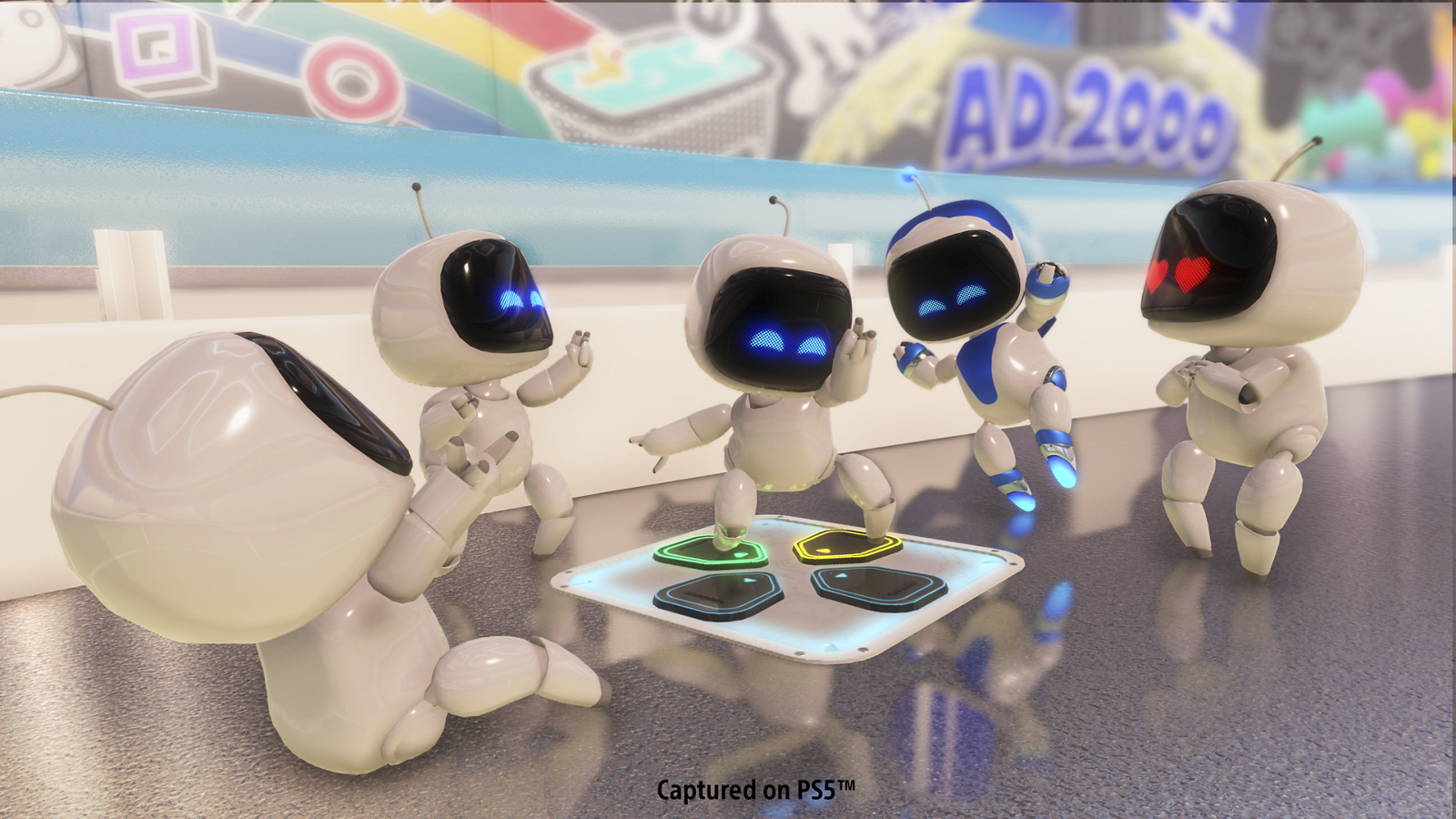 Every PS5 owner gets a free copy of the Astro’s Playroom game. The “game” is really just a huge demo for the DualSense controller. That being said, it’s plenty of fun in its own right, and it’s a wonderful homage to the history of Playstation.

The experience is quite frankly mind-blowing. When Astro, your little robot character, walks across different surfaces, you can precisely feel the click or thud of metal and beach sand.

Similarly, pulling on elastic game items translate uncannily through the variable tension triggers. There’s also a very smart combination of the touchpad and rumble, linked to your exact position on the pad itself.

Astro’s Playroom is designed to specifically show us what the DualSense can do. It has a massive variety of environments, from ice to wind and sunny sandy beaches. However, what about third party games? What about PS4 games?

Using the DualSense With PS4 Games 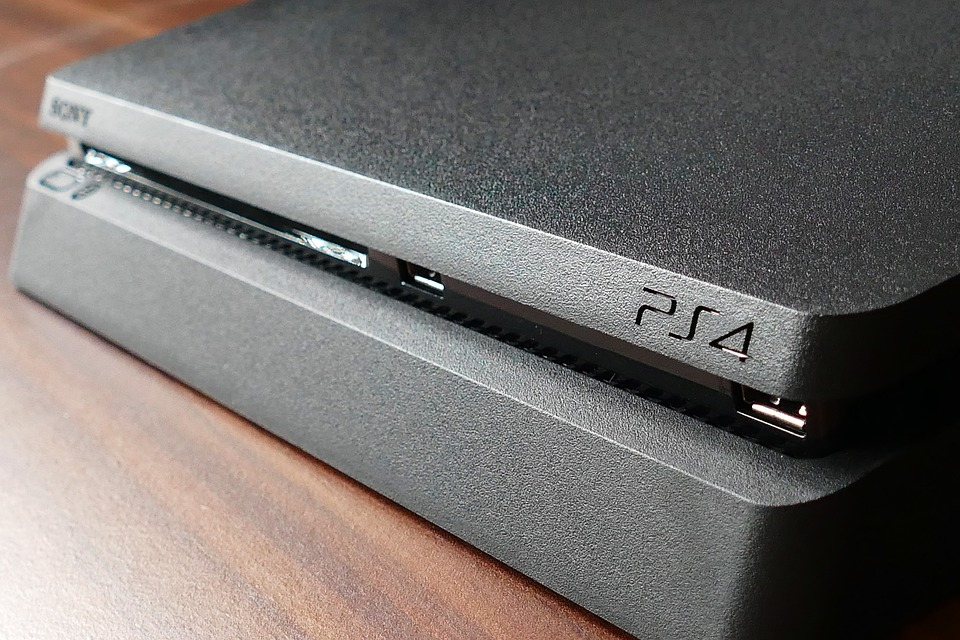 The PS5 is backwards compatible with virtually all PS4 games. Certainly, none of the PS4 games I tested had any issues at all. As a bonus, most of these games either get a performance and resolution boost or at the very least prevents unwanted performance dips.

In terms of the haptic feedback in these games, it doesn’t take any obvious advantage of the special technology in the PS5. However, I was a little worried that rumble designed for the eccentric rumble motors of the DS4 wouldn’t translate well to the DualSense.

In the hand, however, rumble in PS4 games do feel crisper and stronger. If not fundamentally different.

Using The DualSense With PS5 Games

First-party Sony games are obviously going to make the best and most extensive use of the haptic features, but third-party developer support is another story.

I expect some titles will make little or no use of the feature, whereas others will really embrace it.

I specifically tried the DualSense with the PS5 version of Borderlands 3. BL3 makes use of the variable tension triggers to simulate a trigger pull. This is actually pretty transformative.

The “trigger” of the in-game gun gives accurate feedback. You can feel the point where the load of the trigger starts as well as where it lets go. It definitely creates a much closer sense of connection to the game world.

DualSense and the Future of VR

This blog is dedicated to VR and VR technologies, so how does the DualSense fit into that?

I’ve written before that I think the technology developed for DualSense will undoubtedly be in the controllers of the PSVR 2. Although, Sony has officially said that any new VR hardware is at least two years away.

Although existing VR controllers such as Oculus Touch controllers already use linear actuators, I think that the resistive triggers have far more potential.

Haptic gloves with motors that allow direct resistance have been around for a while, but not in consumer-grade products. These gloves also tend to be bulky, but they have the outstanding ability to simulate the shape and size of virtual objects.

Sony has managed to build small and powerful variable tension triggers into a normal-sized controller.

What I imagine is a future VR controller that has such a variable tension control surface for each finger. Letting you have a fairly realistic simulation of grip and material type. Something could be hard or squishy, for example.

The technology is now right there inside a mainstream consumer device, so expecting something at least as good in the world of VR is no longer a tall order.