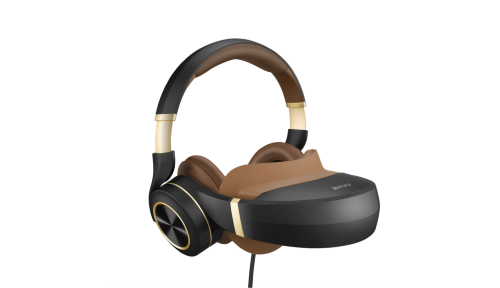 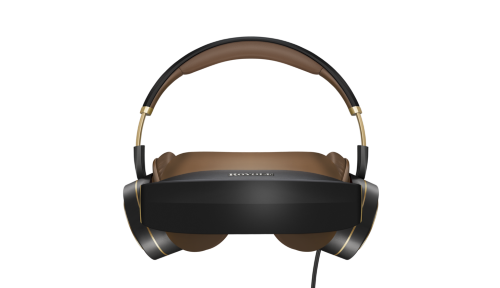 An incredibly expensive and high quality product, hampered by a couple of small issues.

The Royole Moon is a more expensive version of the rather surprising Royole X. The X is a normal, 2D video HMD with some rather amazing specifications. The Moon takes what the X does and throws in an extra dimension, while also trying to address some of the complaints that customers had about the X the first time around.

They’ve stuck with AMOLED technology this time again and that’s why we still see the hyper-fast latency numbers, incredible pixel density and great contrast figures. The pixel density has gone down by just under 10 percent, but in the X it is so ludicrously high that it’s doubtful that the human eye could tell the difference.

One of the major complaints about the X is that the apparent size of the screen seemed too small. Like sitting in the back row of a cinema or a reasonable distance from a 60” screen. There was also no way to magnify the screen, which seemed like an odd oversight for a system with 3300 pixels per inch

Royole have compensated for this in a big way and you can adjust the apparent screen size all the way up to 800” with a curve to help make it more immersive.

The internal storage has also been beefed up from 16GB to 32GB, managed by using the built-in operating system and touchpad interface. If you don’t want to watch movies from the internal storage you can also use an OTG (on the go) USB drive, HDMI and WiFi streaming.

There has been talk of a model that has more internal storage, but at the time of writing that was unconfirmed. In any case, OTG flash drives are so cheap these days that there seems little point in griping about the available gigabytes.

3D needs more processing power and twice the number of screens, so the claimed battery life has taken a bit of a knock compared to the Royole X. In the case of the 2D model you could expect anything between five and seven hours, but five hours is the maximum the company is willing to claim with the Moon.

One thing that hasn’t changed is the focus on high-quality audio. Just as with the other premium video HMD contender from Avegant, Royole’s pair of products boast audiophile-grade specifications. Low distortion, great frequency response and active noise cancellation.

Like the Royole X (and unlike the Glyph) this HMD is designed with portability at the forefront. It has a unique foldable design which makes it easy to travel with.

This is a very expensive product and so understandably expectations are high. It seems that, based on consumer reviews, early models of the Moon were a little uncomfortable and had immersion problems. Royole has since made an “immersion mask” available that solves both the comfort and screen viewing issues, although it’s not clear if this is an optional extra or a standard feature going forward.

On a technical level the reaction to the screen and picture quality seem on the whole more positive than with the Royole X, but we’d take advantage of a showroom or any “no questions asked” policies before committing. It seems you either get it or you don’t.