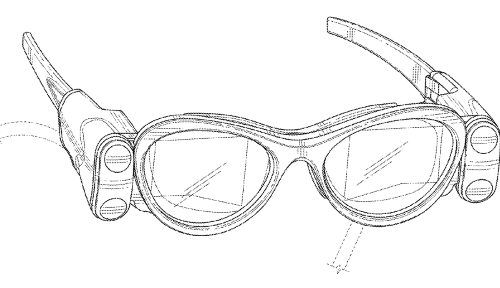 The Magic Leap had been in development for what seems like forever, but now you can actually just click a button on their website and order one for yourself. Assuming that you’re happy to part with the eye-watering amount of money required.

The Magic Leap is a mixed-reality headset with some of the most advanced spatial scanning hardware and software in existence. Because it’s been in development for so long, some of its innovation’s have had their thunder stolen by devices like the Oculus Quest and Quest 2, but as an overall experience, there’s nothing quite like it.

One notable design feature about Magic Leap is how small and lightweight the headset is. That’s mainly possible because all but the most needed components have been moved to a hip pack. With a wire running between the two parts. While we haven’t seen confirmation of this, it does open up the possibility of upgrading just the computer unit on the hip in future and not the whole system.

What the Magic Leap does is use three of its six CPUs to instantly scan and map the 3D space around you. Applications running on the remaining three processors can then accurately place digital objects within that space. You could have a whale appear to breach through the floor or have a virtual model appear on a nearby table.

Thanks to all the fancy math going on under the hood, these images are all properly lit for the environment they appear in. Making the illusion even more complete. As with similar devices from Microsoft, the main weakness of the Magic Leap is its narrow field of view. Offering only 50-degrees, it won’t take much for the magic imagery to disappear. However, that’s still more or less the state of the art, so we can’t fault the headset for being at the cutting edge.

Another new feature is support for prescription inserts. Which means you don’t have to lose the slim profile if your vision isn’t perfect.

The technology in the Magic Leap is amazing and it’s real. However, losing its status as vaporware doesn’t change the fact that software is thin on the ground. After all, we can’t imagine that the install base is huge at these prices. The Magic Leap 2 or perhaps 3 may one day usher in the same price revolution as the Oculus Quest 2 did and that’s going to be a pretty exciting day!

As you can tell from the infobox above, there’s a lot about the Magic Leap headset that’s “TBA” or “to be announced”. It’s been this way for years and Magic Leap has developed a reputation for being one of the most secretive AR startups in the world right now.

This air of mystery is clearly not an accident and the lack of concrete details have generated a lot of interest in the company. It’s not that the company has shown us nothing at all. In fact a lot of the hype comes from the various tech demos that Magic Leap have put out there.

They’ve shown some first-person demos of what the world will look like through the Magic Leap system, but any actual sign of the headset itself has been virtually non-existent.

The technology demos all look incredibly advanced. It includes occlusion of the projected object by real objects. For example, a virtual fish might swim behind something in the real world. Another first-person-shooter demo shows the user holding a virtual ray gun that looks photorealistic. Some have claimed that these demos are not real, but only concepts. Magic Leap says they are real and Google believes them, since the company put well over 500 million dollars in startup funding.