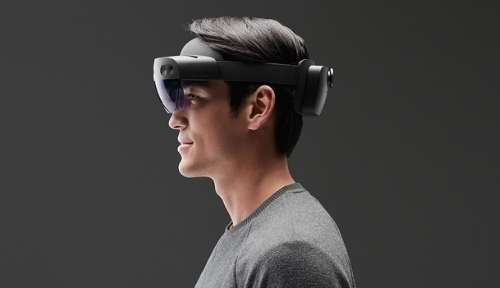 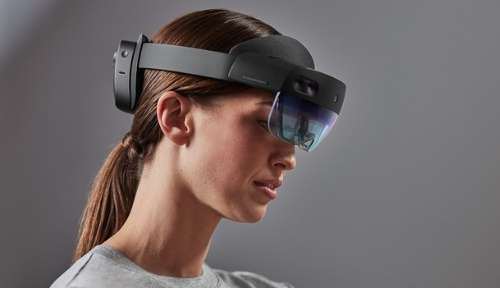 HoloLens 2 offers the most comfortable and immersive mixed reality experience available, with industry-leading solutions that deliver value in minutes—all enhanced by the reliability, security, and scalability of cloud and AI services from Microsoft.

The Hololens 2 is perhaps the most advanced mixed-reality headset in existence at the time of writing. Like the Hololens 1, it offers a glimpse of the future, though the execution is still very much limited by the technology of today.

Unlike other headsets, you don’t look directly at a screen with the Hololens 2. Instead, you look at a special piece of glass called a waveguide. Small projectors project an image onto this waveguide, which then blends light coming in from the outside world with digital imagery.

Of course, simply projecting an image on the waveguide would not be enough to create the illusion that those virtual objects were actually in the real world with you. Which is why the Hololens 2 is absolutely packed with sensors that let it map out the physical world around it.

However, that is still not enough, because the math involved in rendering the projections to fit these measurements in real-time are formidable. Microsoft has solved this problem by using a dedicated processor called the HPU or Holographic Processing Unit. The one in the Hololens 2 is, of course, an upgraded version of that found in the original. This is the secret sauce that allows for images to appear grounded in the real world.

The Hololens 2 is an amazing, incredibly expensive look at what the future will probably bring to everyone. In much the same way that early smartphones were unaffordable, but today even cheap basic models outperform them.

The biggest Achilles heel of the Hololens is its field of view. With the first Hololens, the field of view wasn’t something that Microsoft really ever spoke about. Estimates put it somewhere around 30-degree mark. The Hololens 2 nearly doubles that figure, although 52 degrees is still terribly narrow.

The aim is obviously to one day have the full field of vision covered, but when things line up just right the Hololens 2 experience is reportedly quite magical. At $3500 not many of us are going to get a chance to try it, outside of the universities, hospitals and engineering outfits that use them. In a few years, however, don’t be surprised to see a descendant of the Hololens series adorn the faces of people you pass on the street.