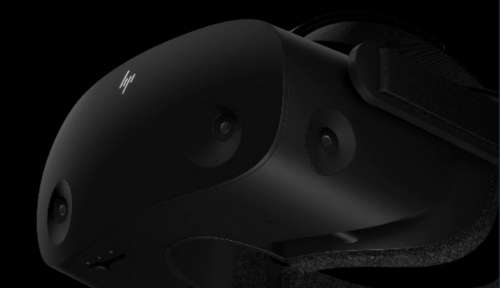 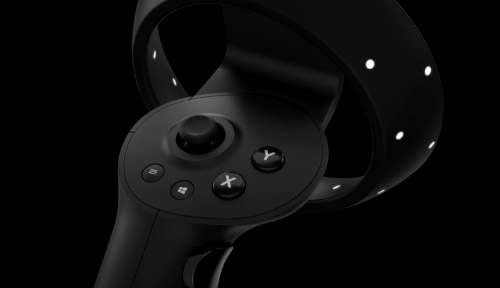 “Developed in collaboration with Valve and Microsoft, our breakthrough VR headset delivers a more immersive, comfortable, and compatible experience. ”

The HP Reverb G2 is a tethered VR headset designed with the primary goal of solving the visual clarity issues that all preceding VR headsets suffer from. Whether you’re using an Oculus Quest 2 or a Valve Index you’ll always see “mura”. The various imperfections that add up to a generally low level of image quality.

One big issue is that of the so-called “chicken wire” effect, where you can clearly see the pixel grid of LCD in the image. This also happens with projectors and is a side effect of magnifying the screen.

While various ways have been developed to lessen the effect, the only real solution is to keep pushing up the resolution of the display panels. Even if you aren’t rendering images at the native resolution, making the actual pixels smaller lessens the visibility of the grid.

That’s the main thing to keep in mind about the Reverb G2. With 2160×2160 pixels per eye, mura is almost entirely eliminated. Offering a level of visual clarity that (according to reviewers) no other HMDs have yet reached. Not bad for a headset that’s launching for $400 less than the Valve Index. Not only does the G2 have such a high resolution. It also offers the full RGB color gamut.

The G2 is meant to be a fidelity-focused headset, but it’s not locked into enterprise ecosystems. This is a Windows Mixed Reality and SteamVR headset, which puts it head-to-head with the Valve Index and Vive Pro.

The controllers that come with the G2 are a redesign of the original Windows Mixed Reality design and the sound system is a unique off-ear headphone. Or perhaps they are just speakers that sit just off your ears. It’s a unique open design that doesn’t fall into a neat category.

The four-camera setup probably isn’t as good as the $700 Cosmos with its 6-camera setup, but it’s bound to be much better than the original generation of WMR headsets with just two cameras.

That’s not to say that the G2 is flawless. It has a slightly narrower field of view compared to the Valve Index. However, as a device that outdoes even enterprise-grade headsets that cost much more the G2 is exciting. It offers a real reason to spend this amount of money instead of simply opting for the more versatile overall package of an Oculus Quest 2. Originally, the G2 was to have timed exclusivity as the only VR option for the latest Microsoft Flight simulator.

Which is really the best use case here, finely-detailed instrumentation you want to read. One day, however, the G2’s fidelity will be standard. If you have the computer for it today, however, no reason not to get a taste right now.