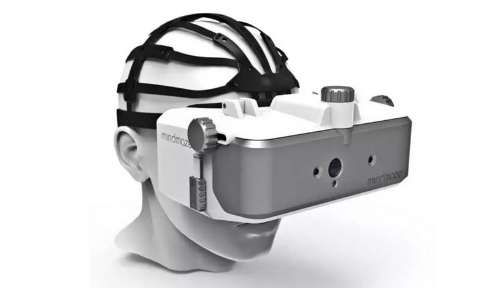 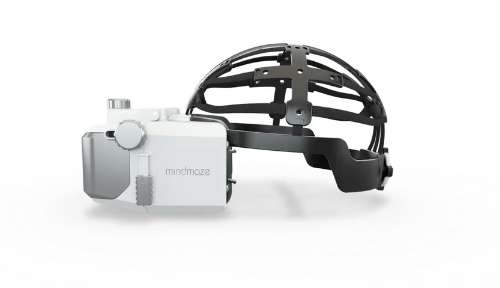 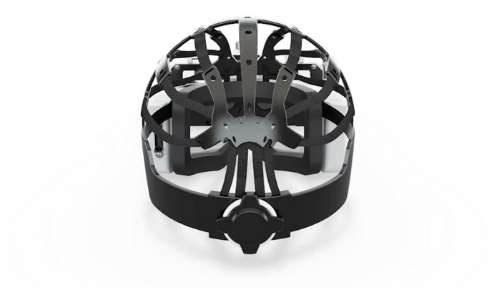 “Initially developed as a medical device, Elvira is a pioneering step towards bringing neuro-powered immersive mixed reality to gaming. Harnessing our proprietary neurotechnology engine, the headset predicts players’ intent via neurological readings and coordinates this with tracked body movements to bridge the gap between the virtual and physical worlds.”

When we first heard of MindMaze, they were working on a headset that was meant for application in the medical field. A device that could provide live biological data, including brain activity, while the subject experienced a controlled VR or mixed reality scenario.

Since then, MindMaze has taken a different tack. Now focusing on creating a product that’s aimed at creating a next-generation gaming experience. How? The experimental Elvira headset is the first device of its kind to combine mixed reality, hand tracking and neural sensors.

The idea is to use live neural data as another way to integrate the VR world with your perception. Their main pitch is that games can be created that help foster mindfulness and relaxation. Since the software can read your level of stress, it can do things to actively manage those levels as well.

A digital feedback loop that holds a lot of promise for next-level experiences. Of course, there may be a dark side to this as well since you could design an experience that’s meant to make you more stressed out. Whether that’s a horror game or some weird CIA torture program, we can’t say.

MindMaze also thinks that their technology can be used for training scenarios where measuring reaction times matters. Such as in pilot training. For now, it’s still an in-development headset. So only time will tell what the platform actually gets used for.

We don’t really know much about the actual specifications of the device, but there are pictures of it on the MindMaze website. Instead of a traditional head strap or halo, the Elvire has an intricate webbing that essentially does the job of an EEG skullcap. It appears that electrodes are embedded at points in the webbing, with a knob on the back which we assume is meant to adjust the headset’s fit.

How comfortable such a system can be and how much calibration it needs to work properly are all open questions, but there’s no doubt that this is a bold and interesting direction in which to take VR.