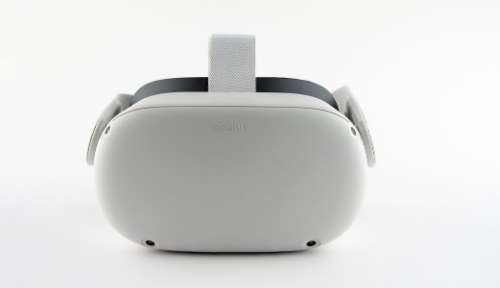 “Don’t just push buttons. Push yourself. With the most immersive all-in-one Oculus VR system yet.”

The Quest revolutionized consumer VR. It’s a standalone “VR game console” that brought AAA premium VR to an untethered all-in-one form factor. While companies like Google had dabbled with standalone VR, Oculus went all-in with the Quest and did things right.

Treating it like a PlayStation or an Xbox, the Quest has its own exclusive games and downscaled ports of PC VR titles. By creating a well-supported and cohesive ecosystem, the Oculus carved out a niche for itself as affordable, high-end VR that anyone could operate. The same basic model that makes consoles so successful.

Strangely, the Quest actually outperformed the flagship Oculus Rift S in many ways. It had newer, more advanced lenses, screens and tracking technology. Yet sold for the same price as the Rift S.

Still, a divide existed between PC VR and standalone VR. Making the Quest a product that hardcore VR fans had to think twice about. After all, you’d have to buy both products in order to enjoy both standalone and tethered Oculus titles.

That all changed when Oculus figured out a way to use a USB C cable to tether the Quest to any computer with a USB 3 port. The feature is known as Oculus Link and has been such a success that Quest’s stock was always running out.

The Quest has now been replaced by the Quest 2. All Oculus headsets besides the Quest 2 have been discontinued. Making the Quest 2 the convergent future product line of Oculus.

The original Quest is still a great headset, and if you can get one at a low enough price, it’s still worth buying. Sadly after 2022, all Quest headsets require a Facebook account. This is true out of the box for Quest 2 and subsequent headsets, with only this original model getting a slight reprieve.

While the Quest will soon be outdated, it will always have a place in history as the product that kicked off the true mainstreaming for VR products and offered the flexibility that makes it appealing to a much wider audience,