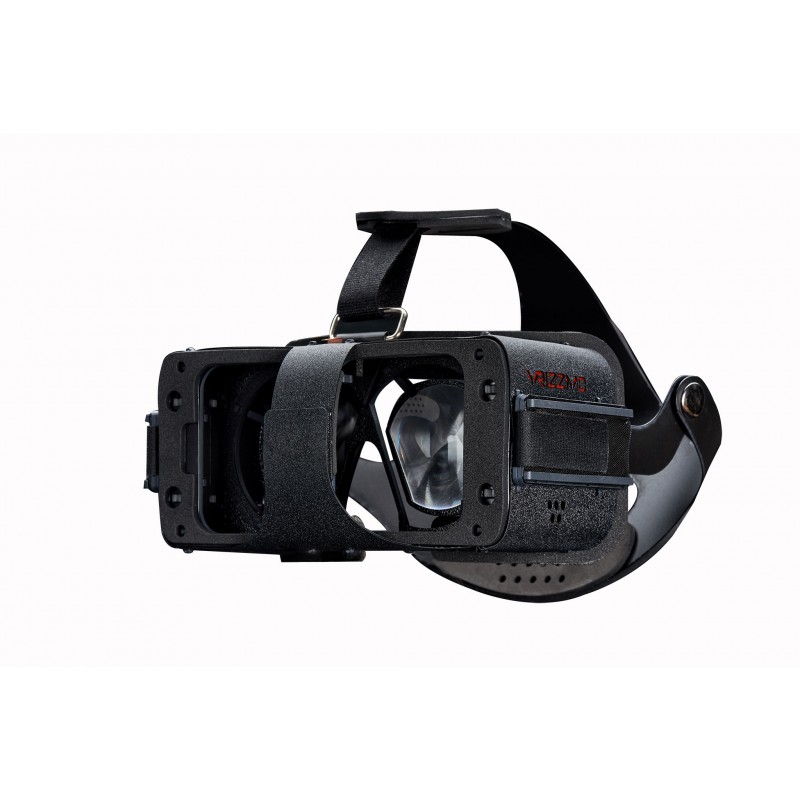 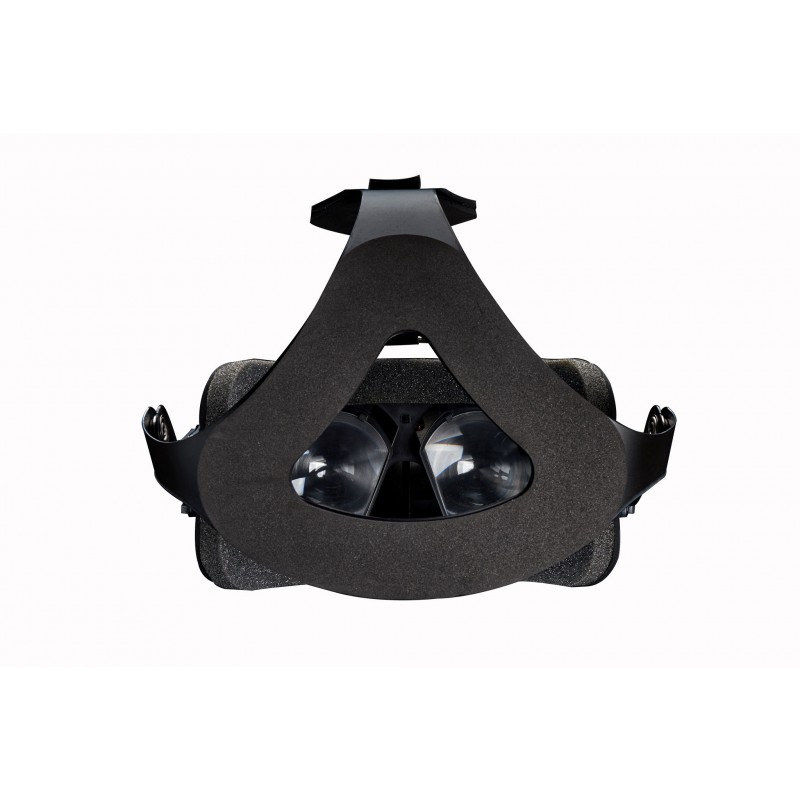 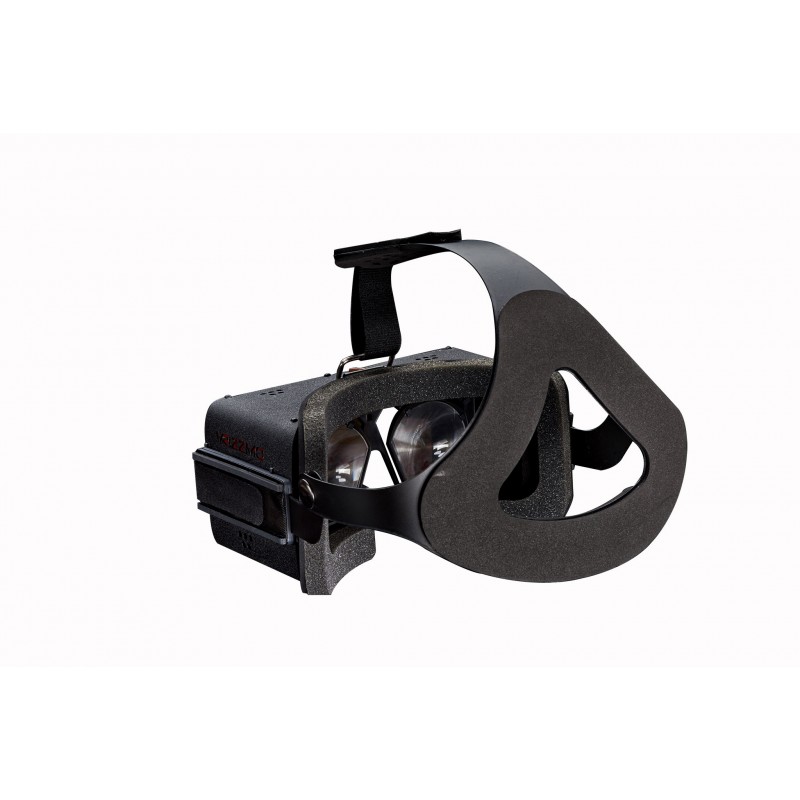 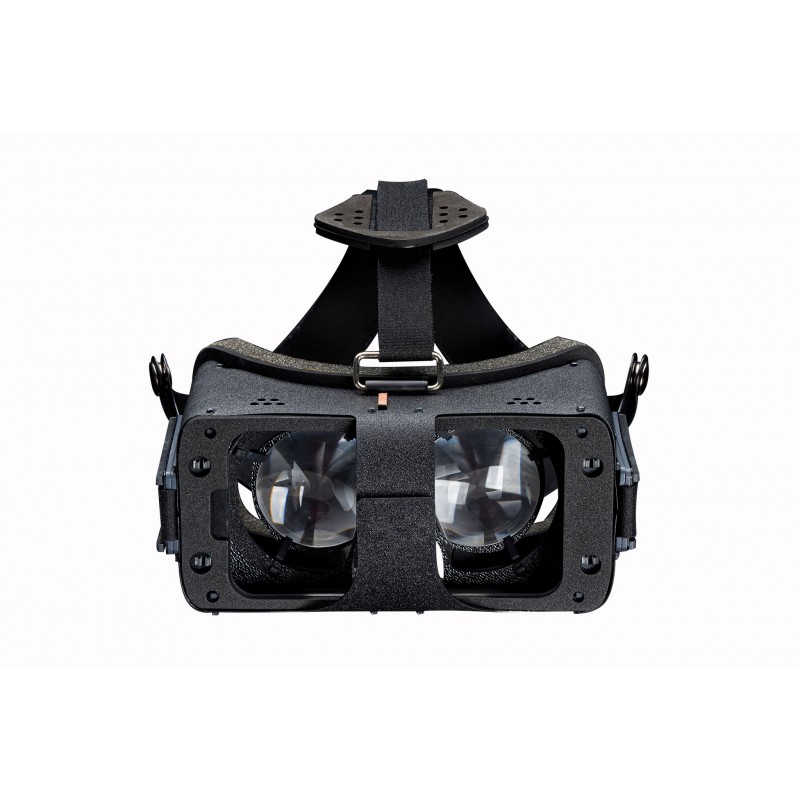 The VRIZZMO has a rather silly name and a pretty rough design. At least at first glance. But if you spend the time to appreciate it your opinion may change somewhat.

The VRIZZMO has a rather silly name and a pretty rough design. At least at first glance. But if you spend the time to appreciate it your opinion may change somewhat. It looks pretty robust, with rough surfaces and thick headstraps.

The claimed field of view is exceptional for a product like this. The company claims that is has 120-degrees of FOV, which is probably higher than every other Google Cardboard clone out there.

It also has a dedicated button in place of the magnet that would usually be integrated into a cardboard, making it all hang together much better.

This HMD weighs about half as much as a Samsung Gear VR, and is quite small. These may be important considerations if you think of something like the Gear VR as being too big and heavy.

One thoughtful feature is the addition ventilation ducts that don’t spoil light isolation. This means that heat from your smartphone can still be vented out, but no light that could negatively affect immersion will make it through. These “light traps” are actually quite clever.

More importantly, many smartphone HMD enclosures are prone to making phones overheat when they are running intensive 3D VR applications. Which is why you often can’t spend more than 30 minutes in VR without getting a warning message about temperatures.

Actual user reviews are not all that positive, noting that the VRIZZMO is not particularly comfortable nor does the FOV seem to match the claimed number. The build-quality is however widely praised.