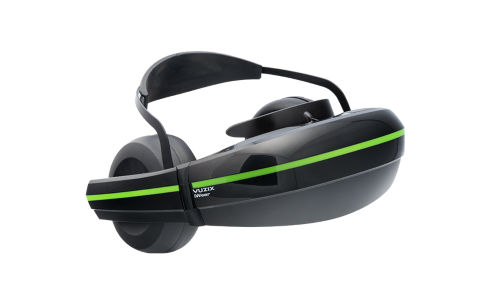 iWear looks like a really good deal for video goggles in a market with products that cost twice or more its price, but don’t necessarily bring much more to the table if you are looking for more from VR.

Video HMDs such as this iWear from Vuzix have been around for a long time, certainly much longer than the current glut of smartphone HMD cases and the revival of modern consumer VR. All the way back in 1996 Sony released the Glasstron, which became a family of video HMDs. They were incredibly expensive and never very popular, but the concept is not new.

So the problem now is of course that people who have been turned on to the VR revolution are constantly mistaking video HMDs for VR ones and come away sorely disappointed at the experience. It also doesn’t help that these devices are often priced in such a way that they cost just as much as an Oculus or Vive.

In the case of this iWear from Vuzix, at least the price won’t lead anyone to believe that it’s a premium VR headset. Unlike the Royole Moon or Avegant Glyph, the iWear comes in at a more reasonable price. As you might expect that means it comes with a few comparative compromises, but in some ways it does even better than some of the more expensive competition.

While you don’t get a 1080p resolution, the iWear does support 3D video with it’s dual 720p displays. These are not the fancy AMOLED screens of a Royole or the Sci-Fi retinal projections of the Glyph, but two fairly run-of-the-mill LCD units.

There’s no lens adjustment since, as far as we can tell, there are no lenses to adjust. It uses a floating display system that doesn’t actually touch your face and the visor keeps out unwanted light.

Despite not being a VR system, there is a built in head tracking unit that you can make use of when connecting the iWear to a PC. Vuzix is a member of OSVR and is therefore compatible with a number of game engines that also take those standards into account.

It does however seem as if few people will use the iWear as a pseudo-VR experience, since the screen setup does not lend itself to immersion. After all, the diagonal FOV is only 55 degrees, which is fine for a virtual cinema screen, but not so great if you’re looking for immersion.

That virtual screen is however quite a big one. According to Vuzix it looks like a 125” unit, which is even bigger than the Royole Moon’s 80” apparent size.

It supports all the most important 3D video standards and you should have no issue watching your favourite Blu Ray or digital media with all the bits in the right place.

The audio is quite staunch, with 40mm drivers, passive noise isolation and active noise cancellation via two microphones. There are EQ presets for different content tupes and the cups are sizable for an over-the-ear fit.

The battery life is a little low compared to the competition, the iWear will run out of puff after only three hours, but if you have a battery bank that can push one amp or more you can run it continuously while charging.

Overall the iWear looks like a really good deal in a market with products that cost twice or more its price, but don’t necessarily bring much more to the table.