I remember seeing Myst for the first time in the mid-90s. It was in a magazine, because there certainly was no way we could afford an Apple Macintosh computer capable of running the game.

I wouldn’t actually get to play Myst until many years later, but those first screenshots were unforgettable. Myst was a game of smoke and mirrors, All of the imagery was pre-rendered on much more powerful computers than any normal person could afford.

These media assets were then strung together using the Apple Hypercard system and showed us a glimpse of the immersive virtual worlds that computers could create.

The Myst franchise has spawned sequels, remasters and re-releases over the decades, but now the original studio has rebuilt the first game from the ground up.

In many ways VR is what Myst should have been from the start. Sadly, although it’s been out for a while, my VR backlog is too long to tackle Myst myself right now.

Especially given the length and complexity of the game, but it’s high on the list for a proper review down the line. Especially since there are a few reported issues that the developers are going to address in a patch.

So, for now, let’s talk about why this release is so exciting and why both Myst fans and those who’ve never heard of it should be excited about this $30 return to one of the most haunting and beautiful worlds in any video game. 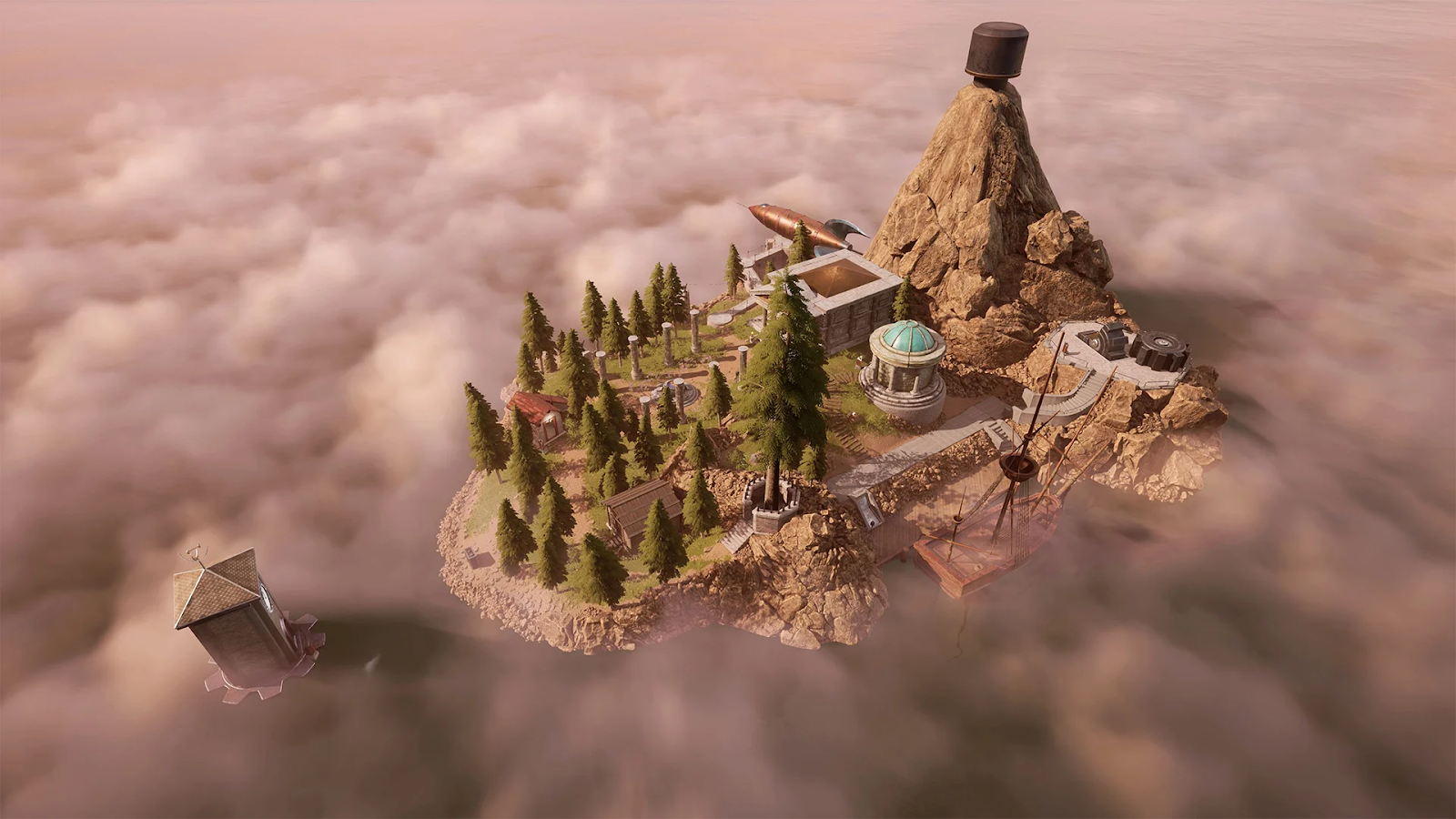 Myst was revolutionary when it first launched in 1993, but by today’s standards the visuals are pretty primitive.

Which means the developers of the VR version of the game have a pretty difficult task. They need to update the visuals without losing the original feeling or character of the game.

This is a tough job. Sometimes such remakes knock it out of the park. Look at the recent remake of Demon’s Souls on the PlayStation 5. It manages to be one of the most visually impressive games ever made, yet it loses none of its original character.

In fact, the remake looks like the game the original developers wanted to make, but couldn’t achieve thanks to the limitations of the PlayStation 3.

Looking at the new art and environments of the Myst VR remake, I feel that they’ve done the same thing.

This is probably much closer to what the original game looked like in the mind’s eye of the developers.

Myst is mainly meant to take you to a specific, dreamlike place. A surreal and mysterious island. Now you’re not just peering at this fascinating world through the window of a computer screen, you’re there.

A Hardcore Puzzler in VR Which doesn’t take away from the core gameplay loop of Myst – utterly hardcore puzzles. This is a game that’s essentially a long list of wicked brain teasers.

The sort of puzzles that would send modern gamers scurrying to YouTube in order to get the answers.

It sure stumped plenty of people back in the day and plenty of magazines were probably old on the strength that they contained answers!

Those puzzles, by all accounts, have been preserved exactly as they were in the original game. So if you still remember how to solve all the puzzles from the original game you could certainly blast through this version of it.

I still think this is a good thing however, messing with the puzzles would do a disservice to both old and new players. The puzzles themselves are at least half of what made Myst. The story and environment being the rest.

Does that mean it will only appeal to old-time fans who feel like a bit of nostalgia? Nope, the developers have cleverly opted to include a puzzle randomizer.

This only affects puzzles that rely on code-breaking or other symbol-based mechanisms. It changes the specific symbols without changing how the puzzles themselves worked. So you still need to go through the whole process of finding the right symbols and sequences.

The VR Advantage for Myst 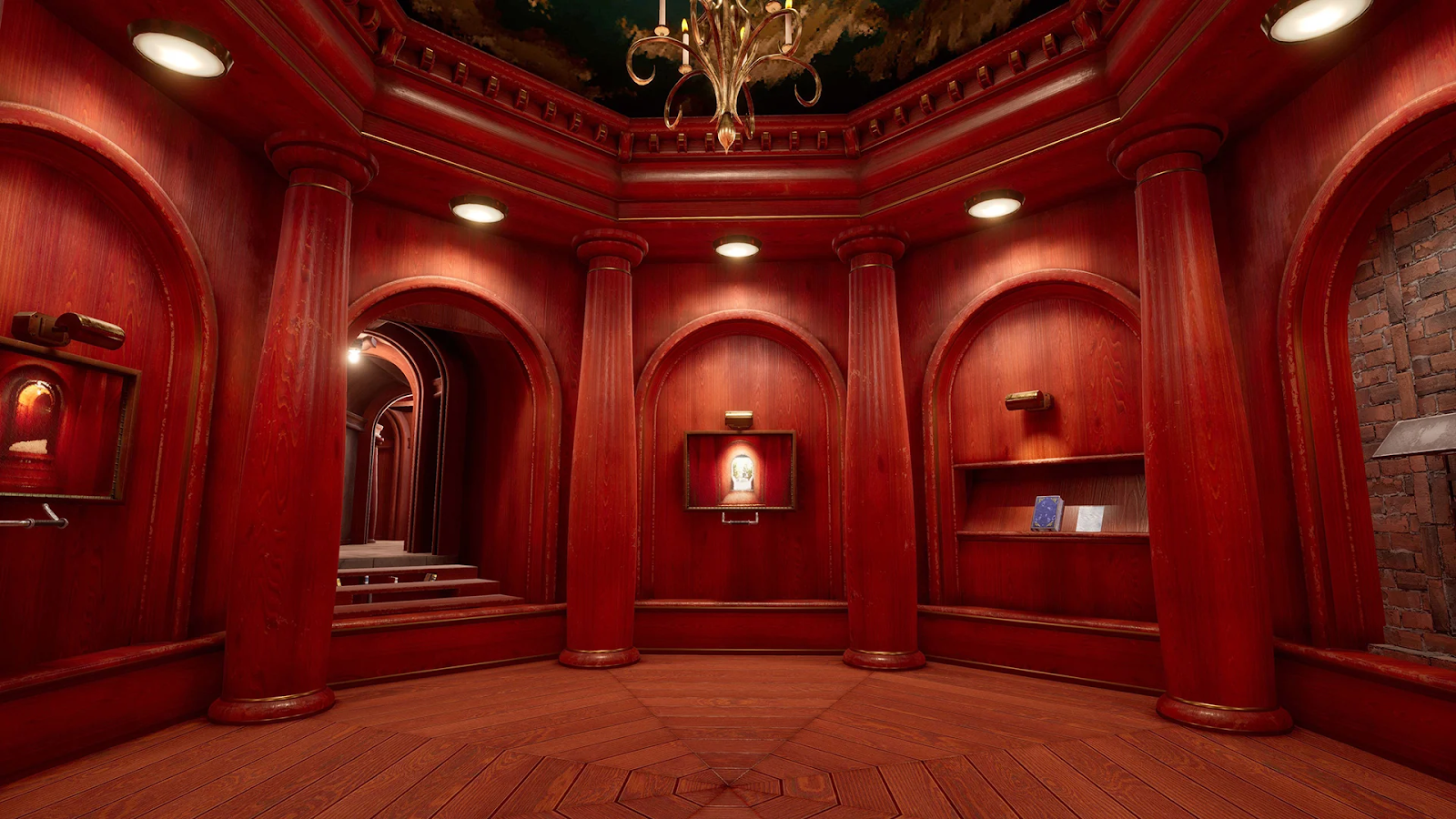 Because of its nature, Myst was never a game with much interactivity. After all, you were just looking at fancy premade photos.

However, it turns out the limited forms of interactivity you did get in the game are actually pretty perfect for Quest. It’s all flipping dials, pulling levers, pushing buttons and other similarly tactile stuff.

Now of course you can see in 3D, look around freely and have a more comfortable and natural experience than a flat screen can provide. Sadly, this launch version of Myst for the Quest does not seem to support hand tracking.

I have no idea if Cyan has any intention of experimenting with it, but it seems like the ideal match for the game. It would also remove yet another barrier toward total immersion.

That being said, the game can be played sitting down, standing or at room scale. So you can choose how into it all you want to be at any given time.

Players of the classic game know that the most important peripheral you could have was a good pen and paper notebook. Obviously you can’t use an actual notebook in VR.

At least, having to take the headset off every time you want to make a note would be infuriating.

Yet, bafflingly, there’s no way to take notes in the game itself! Resourceful players have realized that the Oculus Quest’s screenshot feature is a good substitute.

It’s easy to pop in and out of the game to take and check screenshots, which you can then use to solve puzzles. I don’t think this is what the developers intended, but it’s better than nothing.

Patches on the Horizon

The good news is that the developers have already indicated that an in-game note taking feature would be included in a future patch. In fact, you can expect plenty of future patches because it seems that there are more than a few bugs in the launch version of the game.

This is another reason I’m holding off on playing this title for the time being. The lack of in-game note taking and teething problems might spoil an otherwise magical visit to Myst.

The game is also coming to SteamVR, which means that Index and other high-res HMD owners may want to hold off on the Quest version, which has relatively fuzzy graphics and text.

You can buy Myst on the Oculus Store right now.