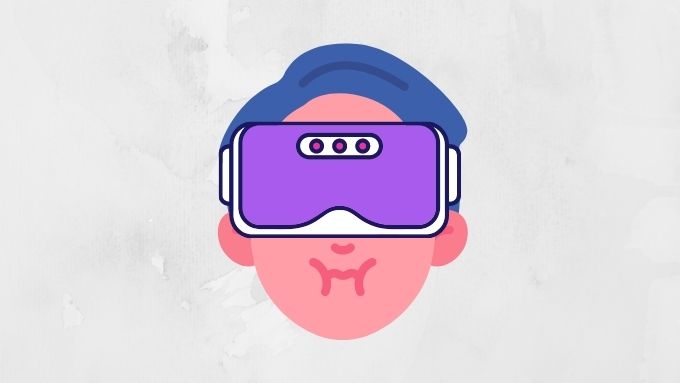 The VR revolution that occurred around 2016 happened because some very smart folks managed to solve key issues that prevented VR from being a truly great experience, ready for mainstream consumers.

They got the headsets down to a small size and weight for one thing. They also made use of display technology, sensors and cutting edge processing power to minimize latency and increase immersion, while reducing the incidences of motion sickness.

While the majority of people who use new VR headsets these days don’t usually suffer from motion sickness, there are still many individuals who are especially sensitive to it.

Other people can experience it the first few times they try VR, but adapt and overcome it eventually. The problem, of course, is that few people who feel sick the first time they use VR are likely to come back.

So the complete elimination of motion sickness as a side effect of VR remains a major goal for the industry.

In an interview with a New Zealand outlet, Gabe Newell recently spoke about how Valve and OpenBCI, a brain-computer interface research organization, were working towards finding a solution to motion sickness, as well as new ways to make VR even more immersive.

Why Does Motion Sickness Happen?

We’ve all grown up with the idea that humans have five senses: touch, taste, hearing, sight and smell. The truth is that we actually have many sensory organs so that number isn’t all that accurate.

Inside our ears are sensitive organs designed to sense motion. Our brains also predict and calculate motion based on what we see. This lets you get a pretty accurate idea of what’s happening to your body at any given time.

Because the motion your brain expects based on what you are seeing isn’t corroborated by other sensory organs, you end up feeling like you want to throw up.

This phenomenon isn’t even limited to VR; plenty of people experience motion sickness when they play first-person games on flat computer screens.

The original Wolfenstein 3D and DOOM games elicited enough of these complaints that we read about it in gaming magazines.

How BCIs Could Curb Motion Sickness

BCIs (Brain-Computer Interfaces) are currently used to read what’s going on in your head. In the aforementioned interview, Newell spoke of Valve’s partnership with OpenBCI.

Recently OpenBCI released a device that works with current VR headsets such as the Valve Index. This allows the real-time measurement of brainwave activity while a user is inside a VR experience.

However, Newell’s vision for BCI technology in VR doesn’t stop at gathering brainwave data. Instead, he’s outlining a future in which BCI technology is used to write information directly into the brain.

One relatively crude application of such technology would be to simply suppress the part of the brain that’s causing motion sickness.

This sounds like science fiction, but we’re already doing this to one extent or another. Using a technology known as transcranial magnetic stimulation, researchers can temporarily and noninvasively disable parts of the human brain.

Basically, causing transient brain damage without actually having any damage. This method was developed to help neuroscientists understand the different functions of brain structures by switching them off in live patients!

One could imagine some future in which a VR headset can selectively apply strong magnetism to parts of your brain to alter your mood or make you feel good instead of sick.

No Limits to BCI Potential in VR

Assuming that two-way brain communication technology integrated in VR headsets becomes feasible, practical and affordable, it really could be the most important technological development for VR as a whole.

It could lead to VR and AR systems that bypass your eyes entirely and beam information directly into your visual cortex.

Over the years, there have been various interesting experiments to decipher the visual part of the human brain. All the way back in 1999, Dr Yang Dan famously found a way to decode the visual information in a cat’s brain from their eyes.

By correlating video shown to the cats with neural signals picked up by implanted electrodes, Dan figured out how to reconstruct that imagery.

Since then, interest in BCI’s has increased dramatically, and recent richest man in the world Elon Musk is putting a lot of money behind his new company Neuralink, which aims to develop these futuristic direct brain interfaces sooner rather than later.

Ideally, we won’t need to invasively implant stuff in our brains for future VR, but assuming we do have to, would you do it?