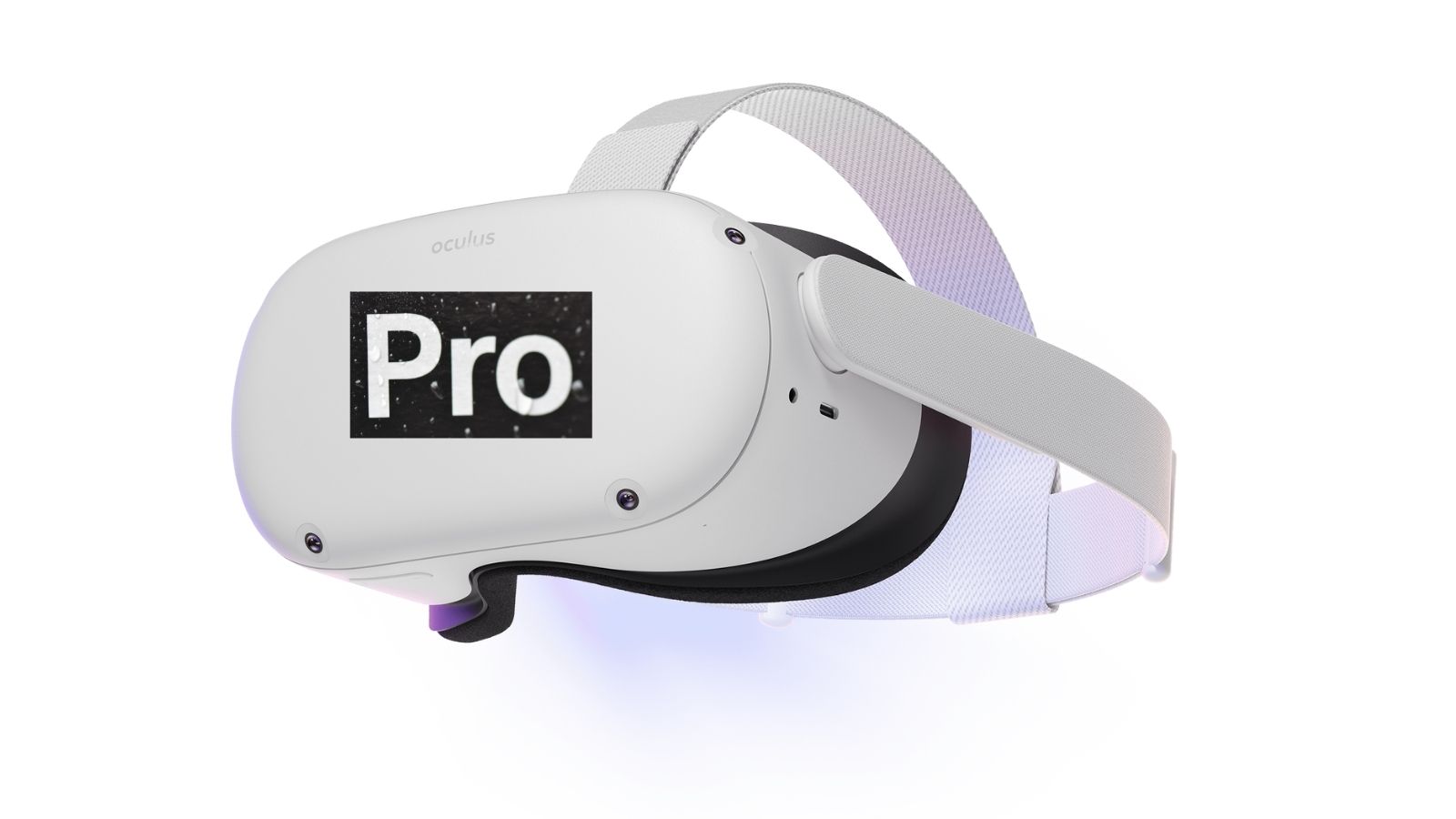 The Quest 2 represented huge specifications leap from the original Quest, but managed to keep the price tag low enough to push it into impulse-purchase territory for a lot of people. That was the right move since sales of Quest 2 units remain strong, but we know VR headsets can really blow the budget on high-end features. With products like the Valve Index on the market, there’s clearly space for a more expensive and advanced Quest model. A so-called “Quest Pro”

Why do we even think that there may be such a thing? Well, Facebook has strongly hinted at such a product. Heck, you might say they’ve more than hinted since Mark Zuckerberg himself commented on the in-development product during an interview.

Despite these little tidbits from various bigwigs at Facebook and Oculus, no one knows exactly what a Quest Pro would take. That probably goes for the people who are actually developing it as well, since they are undoubtedly still figuring out the details. So I thought I’d take the time and discuss what the Quest Pro could end up being and who it’s for.

While there are no hard facts, the way that Facebook and Oculus have been talking it seems that the Quest Pro would likely be a parallel device. So it would exist next to the Quest 2 and (presumably) a future Quest 3. This makes sense since “Pro” devices usually have a different target market than mainstream versions of a device.

If we look at how Apple does things with the iPad, you have a mainstream iPad, the prosumer iPad Air and then the iPad Pro. The iPad Pro is aimed at users who need professional-grade displays and enough processing power to handle content creation work.

I think that’s probably how the Quest Pro will shake out as an independent product line alongside the regular Quest. However, sticking with the iPad analogy there’s another interesting implication. It’s not unusual to see features from iPad Pros trickle down to future mainstream iPads. This means that the “Pro” product ends up offering a sort of roadmap for the future of mainstream Quests.

Who Would a Quest Pro Target? 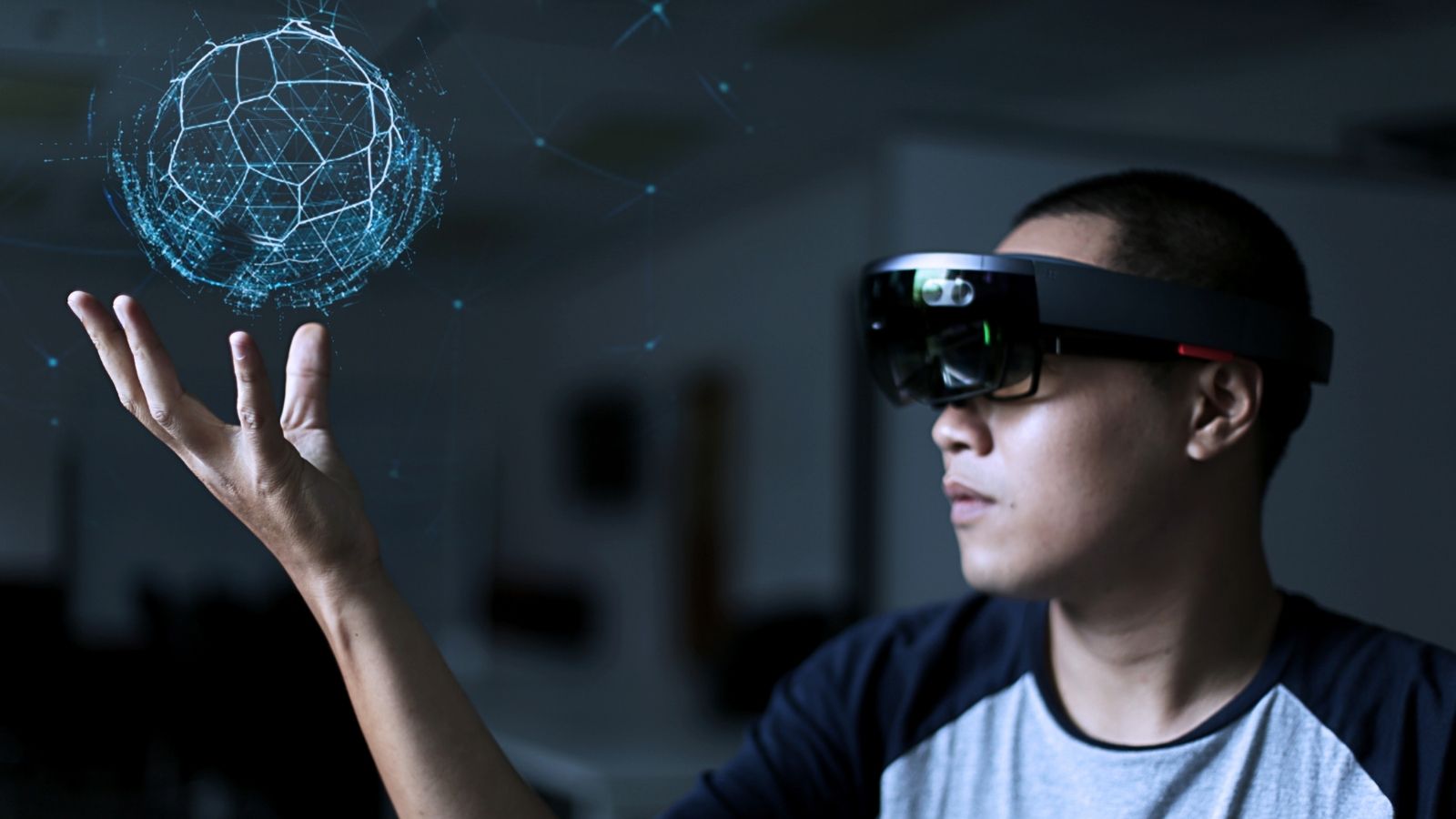 Is the Quest Pro aiming for the Hololens Market?

If the “Pro” in Quest Pro has the same meaning as it does for other types of products, I think it’s safe to assume that business users and VR power-users are probably the main focus. I would like to say that content creation professionals are also a target, but using the Quest Pro as a content creation device probably isn’t the idea. Instead, it might target those who want to test and develop VR content and need a good platform for it.

While I fully expect the Quest Pro to run all of the current Quest applications, I don’t see developers widely bothering to target its specifications over something like Quest 2. The Quest Pro probably won’t offer much of an improvement to Quest 2 software except for a few showcase examples.

That being said, hardcore VR fans are probably going to be included in the wider target market, but in my opinion, the Quest Pro will likely find favour in education, engineering, Medicine, 3D design and so on. The types of customers who don’t mind spending more money because they’re acquiring a tool that pays for itself.

Sensors Are An Important Part of the Puzzle 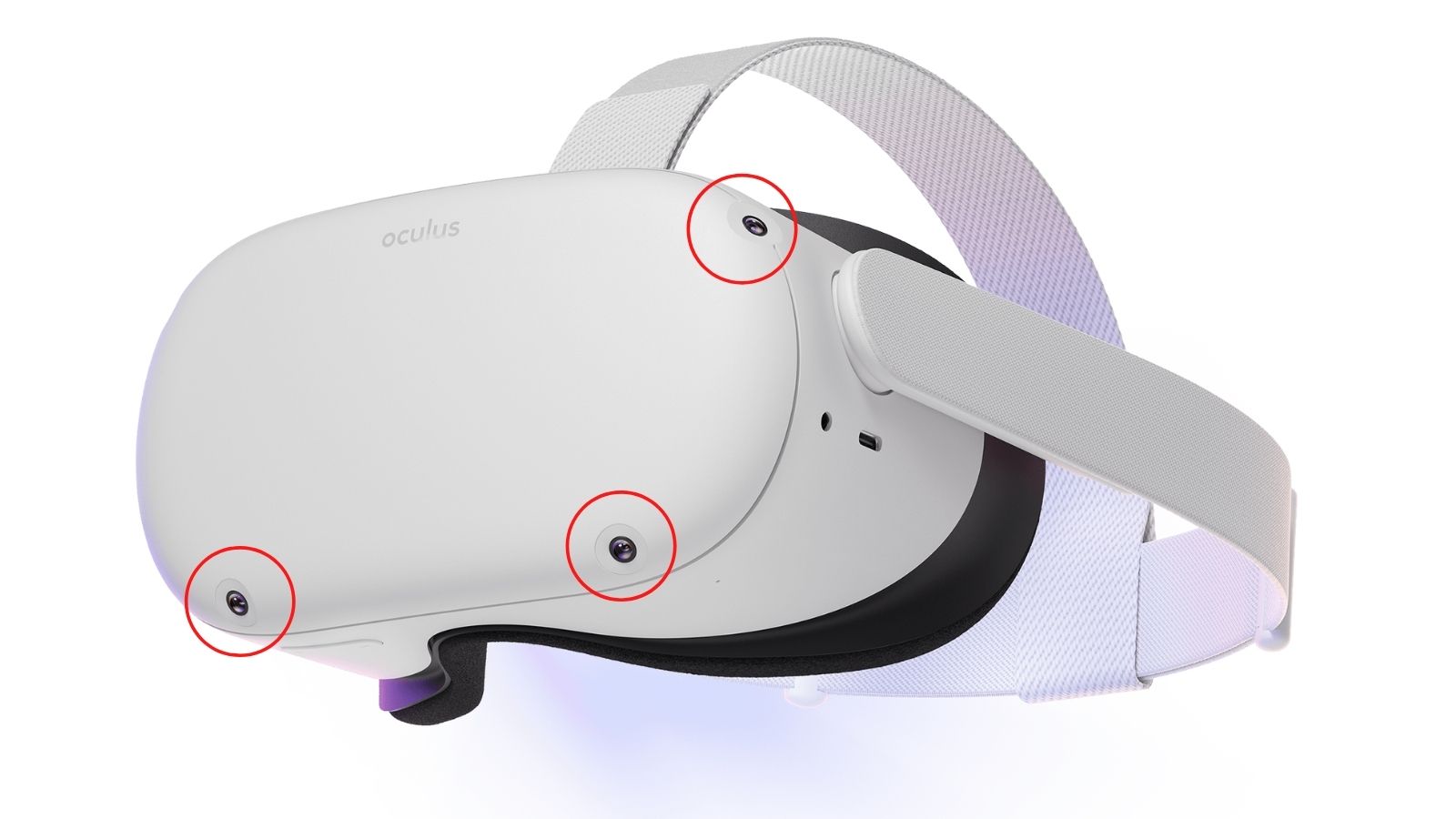 While it’s easy to imagine that a Quest Pro will have beefier specifications, that might not be its a true differentiator. Sure, you can put in a better screen, better CPU, GPU and optics, but that’s an improvement of the same basic experience. Not a differentiator.

Instead, I expect to see the sensors on Quest Pro get a serious beef up. There will probably be more of them and perhaps sensors of different types, rather than just the infrared cameras we have on the Quest 2 at the moment. More accurate hand-tracking is likely an important goal for Quest Pro.

In that same CNET interview I mentioned before, Zuckerberg explicitly mentions technologies like eye-tracking, which is likely to become a standard VR feature going ahead. Especially since it’s rumoured to be a feature of the PSVR2. Adding physiological sensors such as heart-rate or galvanic skin response sensors could prove useful to many customers. Especially people doing research or as a source of data in training simulations.

I also think that a better approach to sensing whole-body position is an important next step for VR and the Quest Pro might give us the first clues as to how that could come about.

A Stronger Focus on Mixed Reality 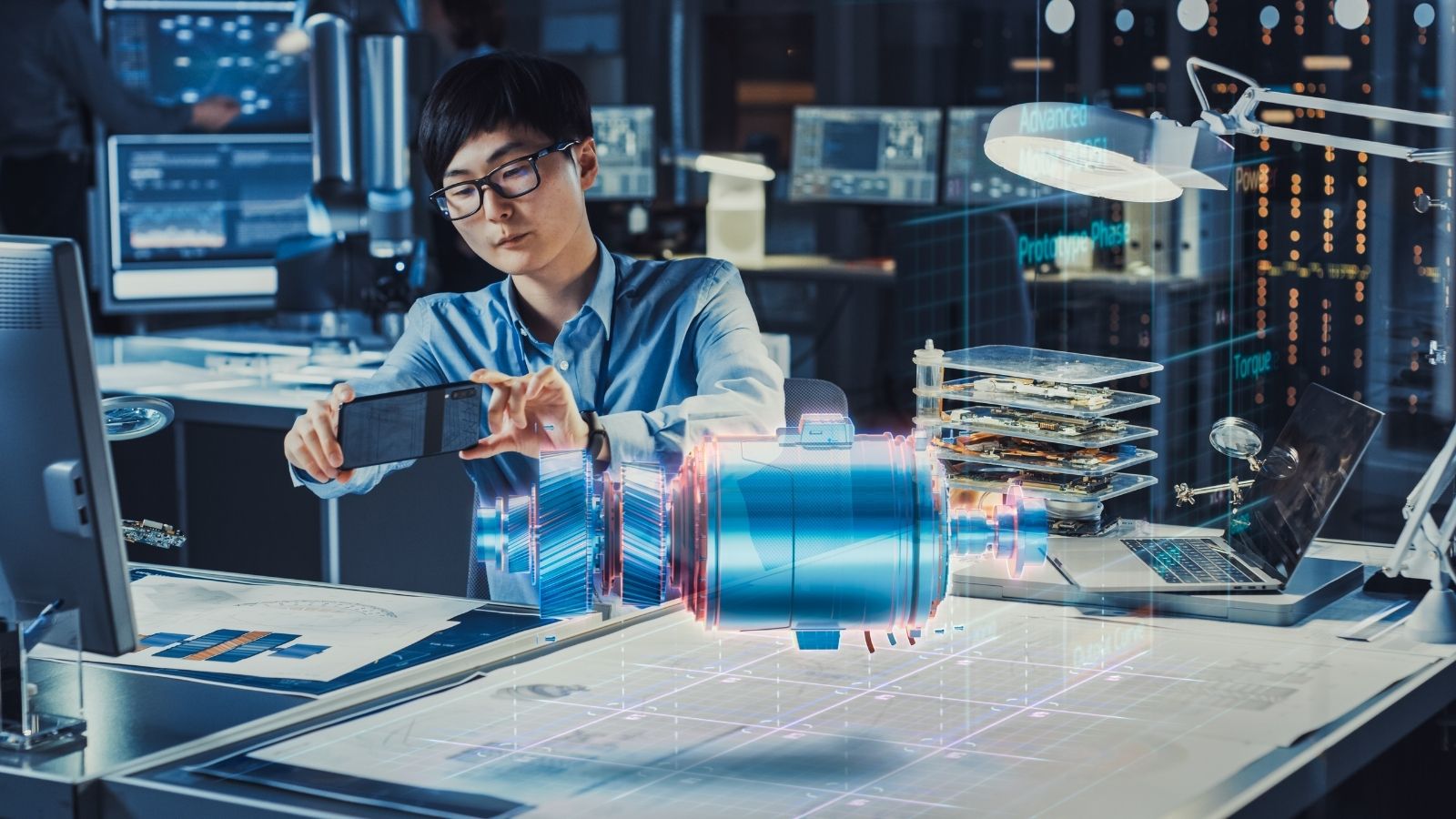 Oculus recently added an API feature that allows developers to make use of passthrough mode. That opens up mixed reality applications for Quest. However, the passthrough camera quality isn’t great for mixed reality. The image is distorted and black and white. I don’t actually think the new API addition is for existing Quest products. Of course, there will be great apps using mixed reality for existing Quest users, but I wonder if the sensors in the Quest Pro will provide full colour and undistorted imagery?

Mixed reality applications are going to be sought after in many professional contexts, which is why I think new colour cameras (and perhaps more of them) are going to be a feature of Quest Pro.

Could 5G Be in the Quest Pro? 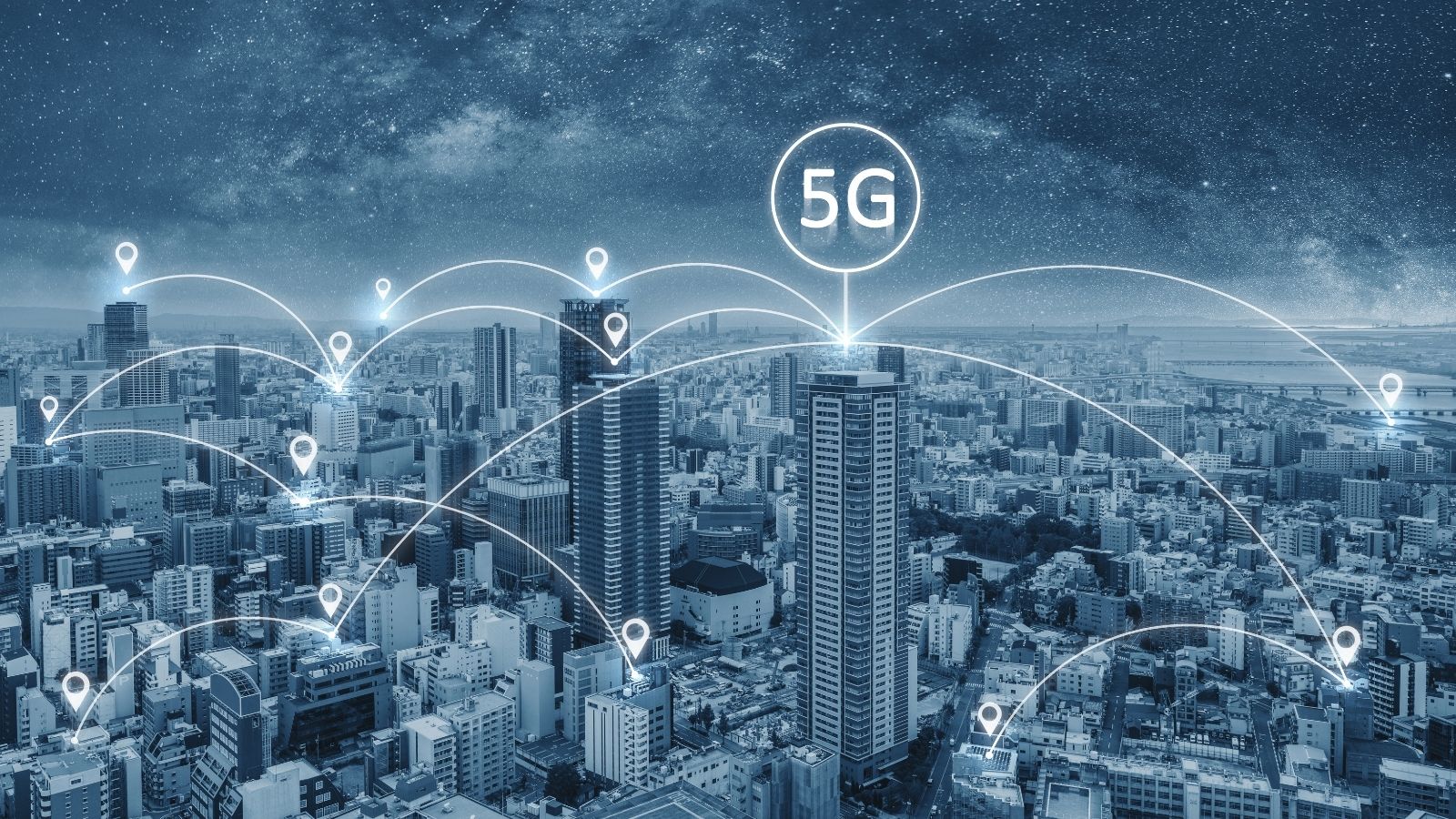 Following on from that, I think there’s a good chance that the Quest Pro will be the first Quest to have mobile data hardware. 5G is the most likely candidate in my mind because it’s a good technology for low-latency wireless streaming. Once you have a fast broadband connection with a Quest (and are within coverage) it could offer all sorts of neat services.

Should You Wait for Quest Pro?

I think the answer is no. We don’t know anything about this headset, including whether it will ever be released. There’s no way to know if its features will have mainstream appeal. A Quest 2 costs $299 for the base model and given that the Quest Pro will likely come out no sooner than late in 2022, there’s no reason to wait. After all, it’s not like your Quest 2 will get thrown in the trash!