An Interview With Leon Sütfeld MSc 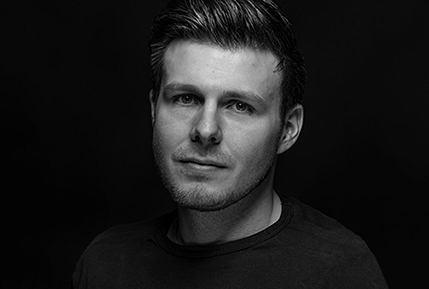 A member of the Department of Neuroinformatics at the Institute for Cognitive Science at the University of Osnabrück, Leon Sütfeld’s most recent paper Using Virtual Reality to Assess Ethical Decisions in Road Traffic Scenarios: Applicability of Value-of-Life-Based Models and Influences of Time Pressure used VR as part of its exploration into human ethics. We at VRS got the opportunity to ask Mr Sütfeld about his work and what it could mean for both virtual and actual reality.

With the potential for autonomous cars leaving the realm of theory and are currently being actively developed by the likes of Audi, Tesla and Mercedes Benz, would it be possible to explain how the data from virtual reality could be applied to the ethical decisions self-driving cars may have to make?

I’m no expert on the details of the implementations to come, but it goes something like this: Fully autonomous cars will have systems that constantly monitor the current driving situation. They will likely have some sort of model of their surrounding environment — ideally the complete terrain around the car, as well as all moving and parked cars, cyclists, pedestrians, animals, etc., alongside probabilistic estimates of their movements. This world model would be connected to a tactical decision making system, constantly evaluating risk and utility for all tactical decisions, including the speed of the car and the exact path to take.

By path I don’t mean the route as provided by a sat nav, but the precise place where to steer the car. Now once something unexpected happens, say a child or an animal running into the street, the car needs to make the right decision. In the vast majority of cases, the right solution is to brake and/ or dodge, and most accidents happening today are likely to be avoided that way. However, in rare cases it can and will occur that a collision is unavoidable. For these cases there should be an ethical decision making system that considers all options and comes to the most “reasonable” or ethically acceptable decision.

Since by itself a computer can’t have an understanding of ethics, it needs to be programmed to make decisions that are in line what we as humans deem morally right. In the study, we are using VR to replicate simple decision making scenarios in order to obtain data about how we as humans behave in such situations. This data can in turn be modelled, and can thus guide the decisions of self-driving cars in these situations.

How did the decisions to use the VR technology that was used for the experiment come about, both using a headset rather than either a CAVE or other simulator and the choice specifically to use the Oculus Rift DK2?

We wanted to maximise the perceived presence in an attempt to replicate the scenario in question as closely as possible (of course, some compromises had to be made in order to get manageable data). The DK2 was the only commercially accessible, affordable, and Unity3D-compatible device at the time. CAVE simulators would have been too expensive and impractical.

You mention potential issues with immersion, particularly regarding the lack of braking as a choice or the use of a keyboard instead of a steering wheel or some kind of dashboard. Do you think the interface affected the results of the study or the immersion into the scenario?

It may of course have affected the immersion, but this is one of the compromises we had to make in order to get manageable data. For the statistical model we used, we needed clear-cut decisions, so we needed the participants to understand that they only have a choice between two options (two lanes). We needed to exclude the options of dodging the obstacles or crash into parked cars before hitting an obstacle. The only good solution to this was to disable braking, only allow the choice between two lanes and use keyboard input.

Were there any choices or results that shocked you?

All in all, our results were pretty well in line with our expectations. Of course, some of the decisions were counter-intuitive to us — presumably some by error, some not — but there appears to be a strong consensus overall, which is a key requirement for a unified model to make sense.

Did you have any major complications during the study?

Other than the occasional software crash, no.

What do you think the future holds for autonomous cars? Will automated responses to the kinds of ethical dilemmas presented in your study allow for full autonomy in your view?

First of all, because of the expected increases in road safety due to autonomous cars, there is almost a moral imperative to bring them to the streets, once they are proven to be safer / “better” drivers than humans. That is even before finding “good” solutions for the dilemma situations our study is concerned with. Mind that we are talking about situations in which we as humans are hardly equipped to make good decisions as it is. With self-driving cars we now have the chance to make these decisions, by defining rules to guide the cars behaviour in those situations. In fact we don’t have a choice but to make a decision, since even rules like “always stay in the lane” would still be making a decision, albeit not always a good one.

TLDR, these considerations should by no means hold self-driving cars back, but they still need to be addressed.

Did you find virtual reality useful for looking at human ethics and would you use VR for other ethical studies?

Yes, and it is being used by other scientists as well. VR allows us to observe behaviour in experiments that could otherwise not be realized. Especially in empirical ethics, where many of the studied scenarios have to do with life or death decisions. So far, most studies in empirical ethics used questionnaires and other abstract modes of presentation. But there is evidence to suggest that our moral behaviour (as assessed via VR) can differ greatly from our moral judgment (as assessed via questionnaire). People might say option A is the right thing to do, but still they go for option B when they have to enact the decision. I recommend the study by Francis, 2016 (http://journals.plos.org/plosone/article?id=10.1371/journal.pone.0164374) for more on that.

Leon R Sütfeld’s paper on the subject, Using Virtual Reality to Assess Ethical Decisions in Road Traffic Scenarios: Applicability of Value-of-Life-Based Models and Influences of Time Pressure, was originally published in Frontiers in Behavioral Neuroscience. Images have been used with the permission of Leon R Sütfeld.