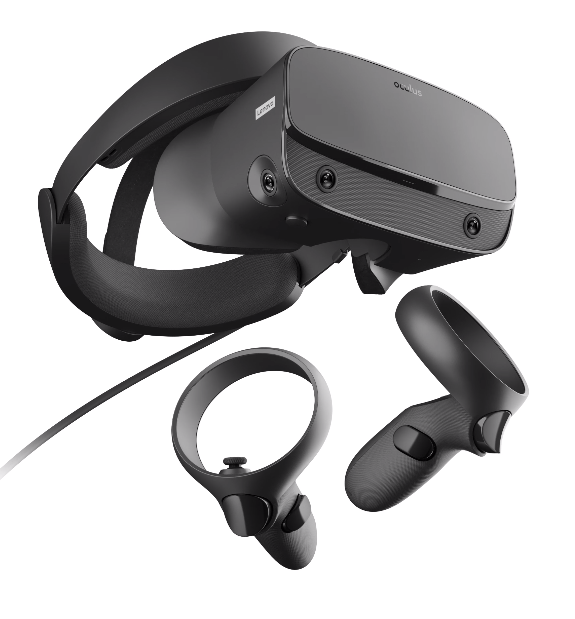 Until recently, the Oculus Rift S was the flagship PC-tethered headset that Oculus made. I say “made” because the headset has been officially discontinued.

In fact, every single Oculus headset is now discontinued with the exception of the Oculus Quest 2. When the Rift S cost more than the Quest 2, it was pretty easy to simply recommend the Quest 2.

After the release of Oculus Link of course, but now that both headsets are exactly the same price which should you actually buy?

Even before the price drop on the Rift S, it wasn’t such an easy choice. Both consoles are excellent products in their own right.

My instinct would be to advise people to go for the Quest 2. As a total package, it offers more choice. The thing is, there are specific things that the Rift S does better than the Quest 2.

Things which might just swing the decision for you, now that money is taken out of the equation.

Why Buy a Rift S Over a Quest?

So what advantages does the Rift S hold over the Quest 2? The first advantage has to do with how sharp and clear the image is.

While the Quest 2 has a higher resolution display and presents superior clarity in standalone mode, there’s an issue when it comes to how the headsets work in tethered mode.

The Rift S gets it’s visual data directly over a DisplayPort cable. No latency, no additional compression step.

The Quest 2, working over Oculus Link, does suffer a small quality and latency penalty because it’s moving that data in compressed form over USB. In practice, this doesn’t make a huge difference.

However, I will say that my testing of Oculus Link using the original Quest has shown me that the technology isn’t bulletproof. It’s sure to improve, but there are still occasional issues. If you want a bulletproof PC VR experience, the Rift S is still the way to go.

The Rift S also has a wider tracking field, because of extra cameras on the sides that the Quest 2 lacks.

Comfort is another big one. Both the Quest and Quest 2 have a comfort problem. Often requiring a third-party modification to make them tolerable for longer periods of time.

The Rift S has a halo-style strap. Similar to PS VR and Windows Mixed Reality headsets. In my opinion this is the most comfortable and practical design.

So the bottom line is if you don’t care about standalone VR, want flawless PC performance and compatibility and need something that will be comfortable for hours, the Rift S may be a better choice.

I don’t expect it to suddenly drop its support for the Rift S tomorrow. However, Oculus have made it clear that Quest 2 is the future.

As a standalone system, Quest 2 is unparalleled. It has the best and most innovative apps that make use of its design. Oculus Link works surprisingly well, though it’s not yet quite at the same level of quality and reliability as the Rift S.

You also have the intriguing possibility of wireless PC VR with both Quest models. However, this is not officially supported or endorsed by Oculus. It works using a sideloaded version of Virtual Desktop.

While the Quest 2 isn’t perfect, it’s both literally and figuratively the future of VR. I do hope that Oculus eventually comes up with an official solution for low latency PC VR.

I am hopeful, especially give how they were able to first add Oculus Link over USB 3 and then figure out how to make it work over USB 2.0 bandwidth.

I think bandwidth isn’t the main problem with wireless VR, it’s all about latency. It’s been done competently using dedicated hardware, but getting existing Quest hardware to do it may be an issue.

The bottom line is that the Quest is the perfect choice for anyone who doesn’t want to spend thousands of dollars on a VR-capable PC right now and it’s also perfect for anyone who wants to buy just one headset and have access to just about everything VR you can think of.

Quest is also extremely exciting simply because that’s where all of Oculus’ R&D is right now. They are going to add more and more features to the platform.

We’ve already seen them add amazing features such as hand-tracking. There’s also the possibility that they’ll do more with those amazing pass-through cameras currently used for tracking.

Before I bottom-line this discussion, I have to once again bring up the biggest problem with the Quest 2.

Current Quest 1 owners will also eventually have no choice but to join. Now, if you’re already a happy Facebook user, this might not matter as much to you.

However, for those of us who have no interest in FaceBook, this is a pretty bad situation. Plenty of dummy Facebook accounts will abound, but it’s still a privacy and user-choice issue.

Which One is for You?

As always, only you can decide which product is right for you. If you already have a VR-capable PC and really don’t care about Quest’s standalone features and untethered nature, then go for it.

You’ll get the crisper, more accurate experience. Everyone else should buy the Quest 2, assuming that you don’t mind the forced FaceBook connection.