Why the Steam Deck Won’t be a VR Product 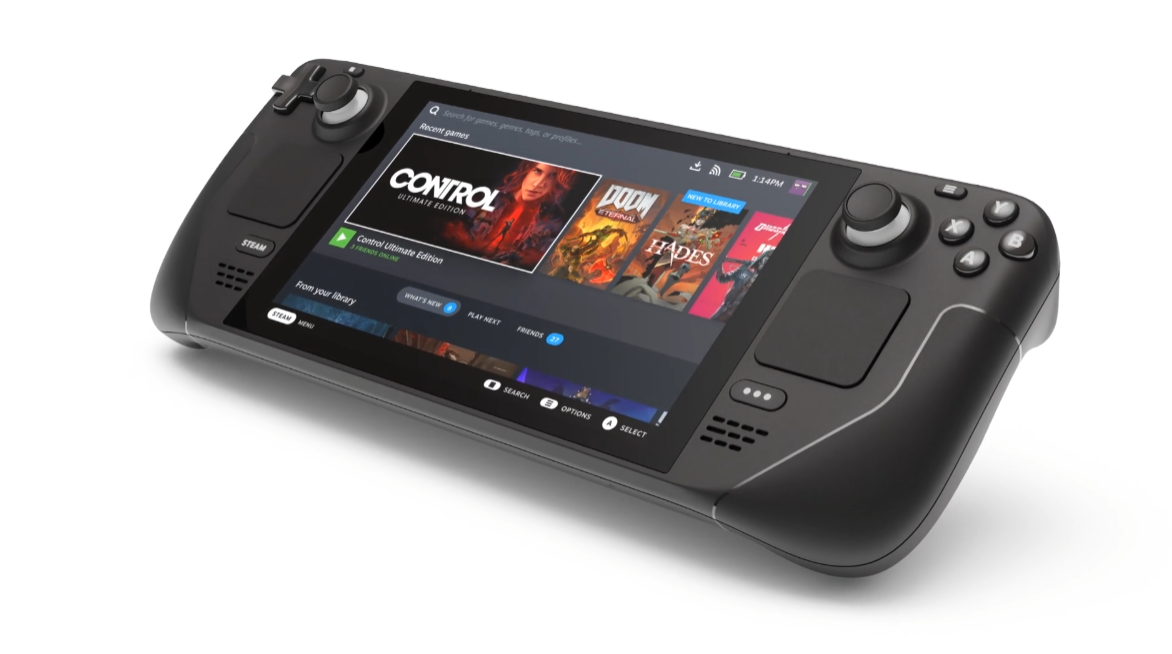 Valve has announced a handheld gaming console called the Steam Deck. The base model is priced at $400, making it nearly as cheap as the upcoming OLED Nintendo Switch. Given that Valve is one of the VR industry leaders in the PC world, there have already been some comments about the possibility of the system powering VR experiences. However, once you understand what the Steam Deck is (and isn’t) it should be clear that this isn’t necessarily a device the VR community should be too excited about.

What is the Steam Deck?

The Steam Deck is a handheld PC. That’s the most important thing to know about it. Inside you’ll find an AMD APU which contains four x86 CPU cores and an AMD GPU.

The Steam Deck is just like any other PC and will run all the same software that any other PC will run. It comes with a custom version of Linux known as SteamOS,but nothing prevents you from also installing Windows or another flavor of Linux to the system.

The Steam Deck isn’t the first handheld PC by a long shot. Companies like GPD have been selling some pretty beefy handheld systems for some time. Letting users play PC games on the go with no need for cloud streaming. It all runs on the local device.

These  computers have had a few problems however. The first and most serious one is price. With prices often hovering around the $1000 mark, you’d be better off buying a gaming laptop for that price unless you really value the handheld form factor that much.

The other problem is hardware optimisations. While the existing handheld computers could be quite slick, under the hood they’re using components repurposed from other product lines.

With the Steam Deck Valve has worked with AMD to develop an APU geared towards gaming performance in particular. Under the hood, the Steam Deck is essentially a cut-down PlayStation 5 or Xbox Series X|S. SteamOS has also been fine tuned to run on this hardware. At a starting price of $400 coupled with this hard-core focus on gaming, it’s likely to wipe the floor with other more expensive handheld PCs.

The short answer is “yes”. Again, it’s just a PC in a handheld form factor. So technically it could. Since the Steam Deck only has a single USB-C port for IO, you’d have to use a USB-C headset (such as Quest) or use a dongle with the right outputs. You’d also have to install the right operating system and drivers for it to work. We don’t yet know if SteamVR will work on the stock client that ships with the Steam Deck, but if you installed Windows and everything else as per usual, there’s no fundamental reason it won’t work.

The problem comes from the performance specifications. The GPU in the Steam Deck offers 1.6TF of raw performance using the latest RDNA 2 GPU architecture. That puts the Steam Deck’s graphical chops somewhere between a PS4 and PS4 Pro. Not a big deal on a system with a 720p screen, but not ideal for VR where you have to render two viewports at higher resolutions than that.

The CPU in the Switch Deck should be considerably more powerful than the one in the PS4 consoles, but again it’s been designed to target 60 frames per second on a single 720p viewport.

Working with a similar level of power, Sony had to do some incredibly clever optimization and develop more than a few tricks to get a great VR experience using PSVR. The Steam Deck doesn’t benefit from that and might have other performance-sapping overheads either from Proton’s Windows translation layer or the usual bloat for those that go the Windows way.

In short, Steam Deck could run them, but they would probably be unplayable. A Quest 2 is still the best portable VR solution unless Valve does something bespoke for VR on the deck.

Why Steam Deck isn’t a Great Entry to VR

Apart from the purely performance-related issues, there are other reasons to distance VR from the Steam Deck. For example, why would you want to use something like the Steam Deck, when even budget gaming laptops are all VR-certified by much faster components.

The idea of a $400 VR-capable PC might be what’s driving this idea that PC VR could work through the Steam Deck, but the only standalone device in that price class is the Quest 2. While the Quest 2 isn’t quite as powerful as the Steam Deck, it’s designed from the ground up, both hardware and software, to run nothing but native VR applications.

Most importantly, lugging around a PC VR headset completely negates the point of the handheld form factor. If you’re going to be using VR hardware anyway, you may as well use a gaming laptop.

What VR Potential Does Steam Deck Have?

While I don’t think Steam Deck is really part of Valve’s plan for VR, it’s not outside of the realm of reality for them to make it happen. It would require a headset that’s priced to match the budget segment for the Deck, and it would require a lot of work on making VR headsets designed to run with Windows-based APIs to work with Steam and Proton. Even then, the end result wouldn’t be all that compelling. A much more likely development is that Valve will bring out their own standalone headset at some point in the future, but how that would work from a software perspective is an open question. For now, the VR faithful should look to budget gaming laptops as the entry point for PC VR.